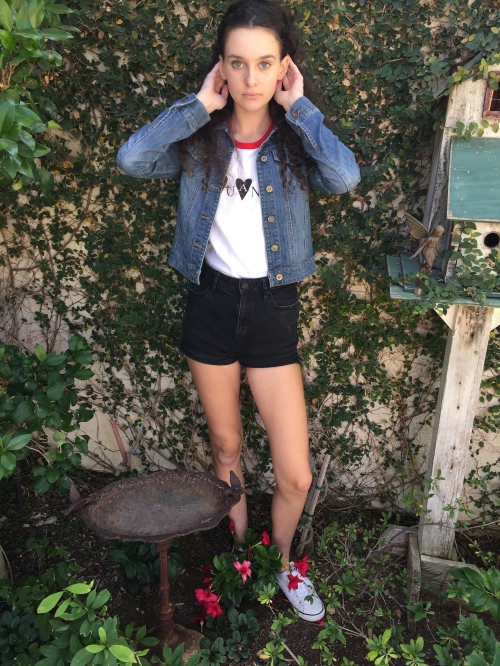 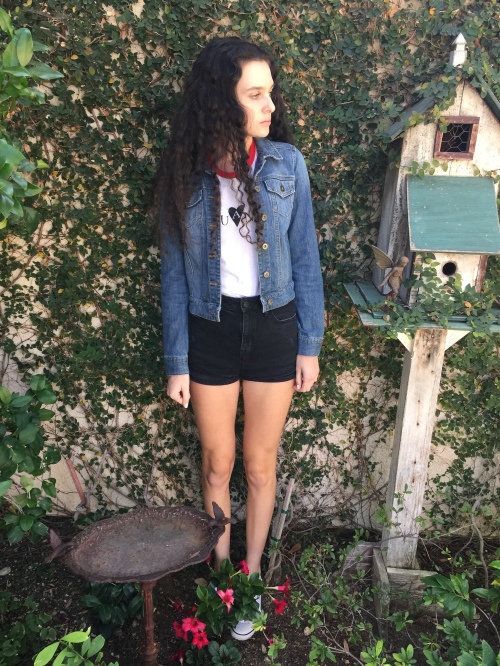 Whether it’s meeting Harry Styles a few days before my birthday or taking a picture with Ray Libby, I’ve always loved different bands and parts of music. There’s been a lot of people walking around lately with their band shirts on, and I’m definitely not complaining. Music influences so many things in different ways, and fashion is just one of them. I figured that now would be the perfect time to pull out my band tees and start styling.

Sometimes merchandise can be hard to style. I’ve seen all these teenagers wearing cool outfits and Led Zeppelin shirts, but I just can’t bring myself to represent clothes from a band I’m not a fan of, let alone bought an album from. When I saw this ringer tee with the Bad Suns logo on it, I knew that it would have to end up in my wardrobe sooner or later. Here’s the outfit I created with it.

This shirt actually ended up being pretty big on me, but it’s alright because I knew I’d want to tuck it in to some shorts anyway. I have several Bad Suns shirts, and I really love the design of this one. It has their band name in the middle and red trim on the outside. The red is a really nice pop of color. I decided that I just wanted to keep this outfit laid back. I paired this with my denim high waisted shorts. I really like that the shorts are black because I wanted to include the denim jacket. I personally don’t wear denim on denim if they’re the same shades, so this was a great mix. I also really like the contrast between the two pieces. I added a pair of white, low-cut Converse to this look. I would wear this outfit if I wanted a casual look that incorporated some of my favorite artists.

If you wanted to, you could totally recreate this outfit with a different band’s shirt or you could switch up some of the accessories. Not everyone likes the same taste in music and some people might want to make this look even more casual or dressy. It’s all about what you prefer!

And since I’m talking about them, definitely go and check out Bad Suns if you haven’t already heard their music. They’re one of my favorite bands, and their music is too good. Their new album, Disappear Here, comes out on September 16th! (This is unfortunately not sponsored.)

I know that this is a really basic and simple look, but I wanted to show you guys how I’d style band merch. Sometimes it’s hard to figure out how to have a put together look with only basic items. I hope you enjoyed!