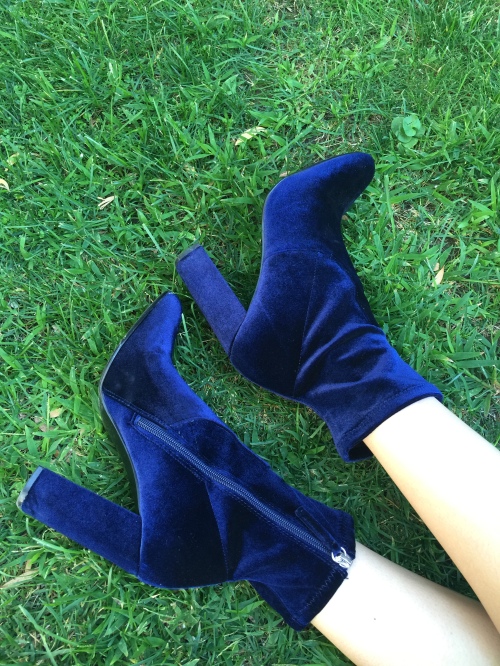 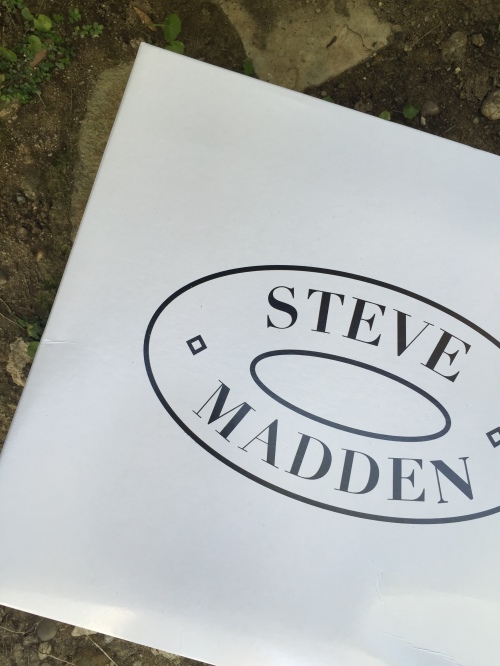 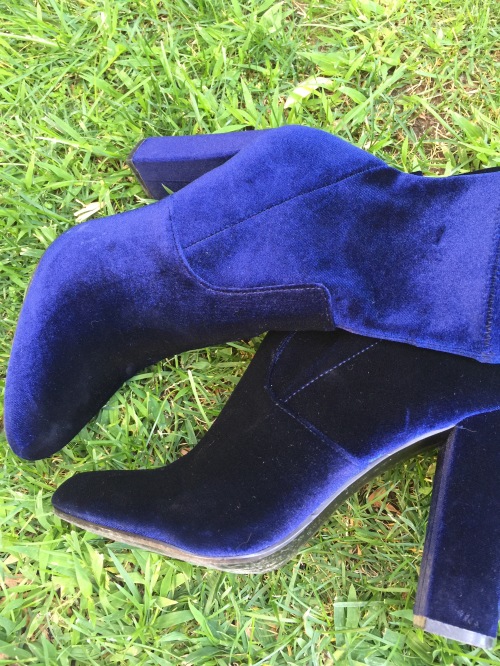 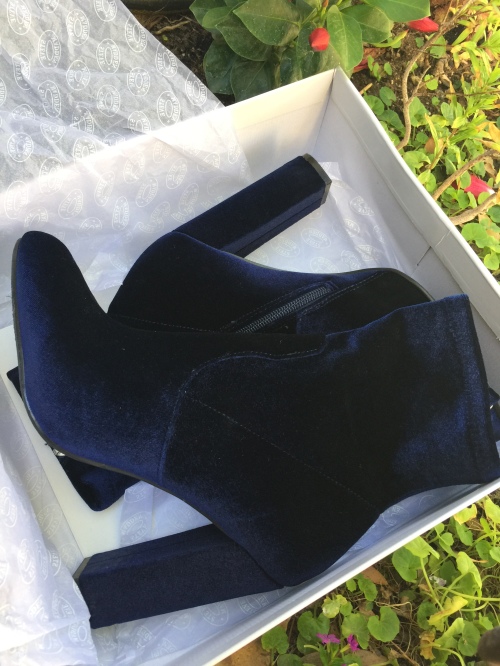 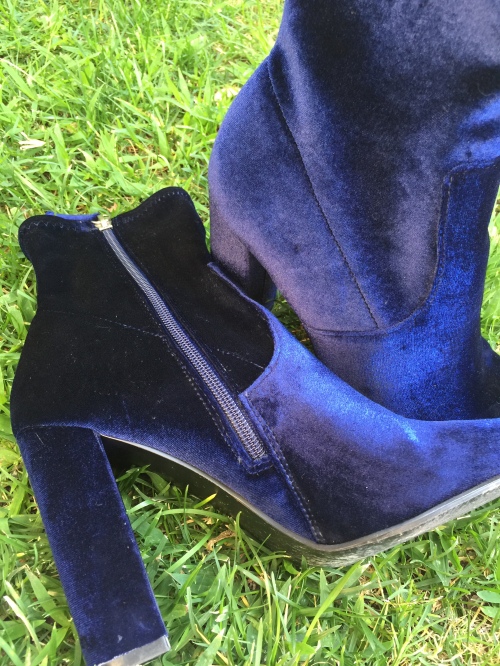 Since we’re not too far away from fall, I really wanted to get a new pair of boots. Let’s face it: even if it wasn’t fall, I’d still probably pick up these shoes.

I had a very specific idea in mind when it came to how I wanted them to look. I wanted them to have a heel and to be tight fitting at the top. After looking at multiple shoes, whether they were online or in stores, I spotted these. I picked a pair up but unfortunately, they were completely sold out. A week later, I came back and was able to get my hands on them. These are unlike any other pair of shoes that I have. I love them! I think that they’re really cool.

I feel like velvet, blue boots are going to be a big trend this fall. After seeing these in person, I saw some photos from the Rebecca Minkoff show in New York, and one of her models had a pair on. I’ve seen people talking about shoes similar to these on social media too.

These shoes are pretty tall. The heel is four inches, however, I do not find them uncomfortable to walk in. I had mine on for about six hours the other night, and my feet felt okay until about the last hour. If you’re able to walk around in heels without it bothering you, than these will feel okay on!

This is the blue velvet pair of these shoes. They also sell them in four other colors, but they’re not the same velvet material. The material feels fine when they’re on; there isn’t anything rubbing your ankles and the inside is soft!

They are tight around the calf. For me personally, they are not completely tight, but I think it depends on how big your calves are. If you’re worried that they’re not going to be tight enough, I think they will be because they still look form fitting on me (despite the fact that  I have a little room at the top). They zip up on the inside so that you can put them on that way. The color is so amazing! I think that it makes them stand out even more. They look so different and unique. I think that these are perfect for the new season. I got a lot of compliments when I wore these!

If you’re interested, I will leave a link below for you. I bought these from Nordstrom, but you can also get them from the Steve Madden website. I do recommend getting them quickly though, because they were almost sold out for the second time when I went back to Nordstrom. They are currently available for pre-order on stevemadden.com. I can tell that they are definitely going to be a fall favorite of mine!

What do you think? I think they look super sleek and classy!

3 thoughts on “Boots Made for Midnight”

one more post for @lucie_babyyy’s makeup 🦋
one more week until I’m back here! 🤳🏻
little outtakes from the Departure shoot! 🦋💘⭐️
so excited to share that I’ve collaborated with @shoplovehayley and styled one of their vintage Harley tees on Emily’s Edge! 🖤 link in bio to read more about this amazing shop and get some outfit inspo
happy days in my favorite place 🦋💗
20 years on earth with you 💗 missing my best friend extra today!