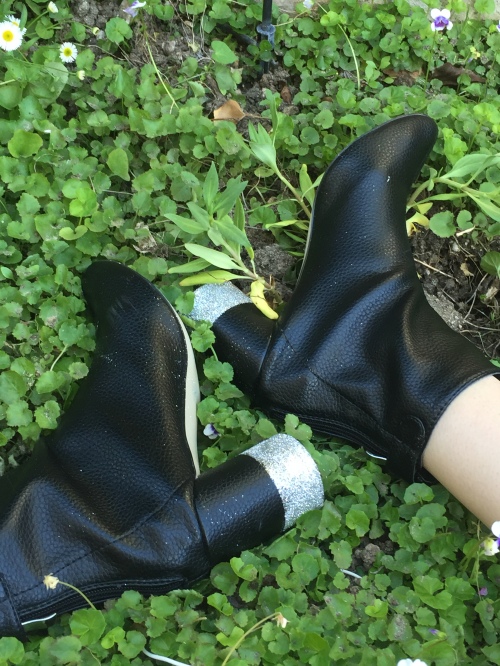 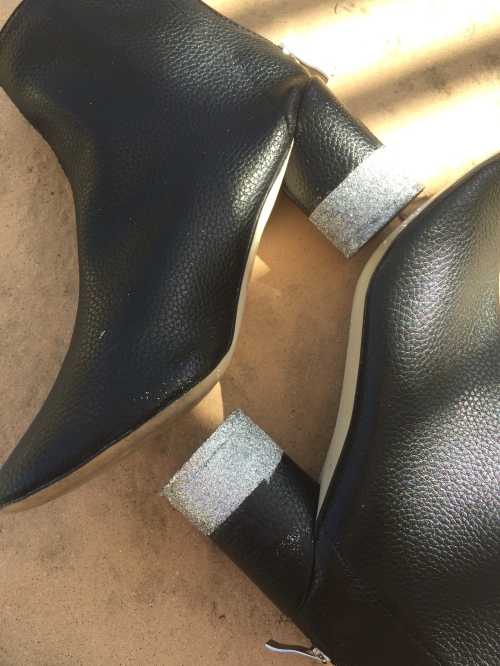 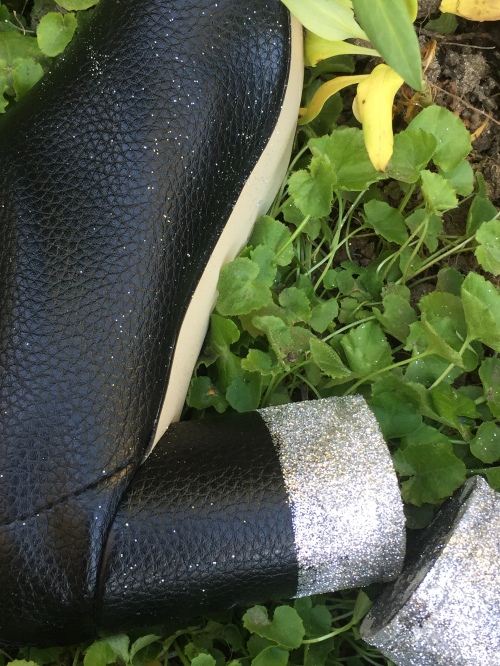 I haven’t sat down to write a blog post in what feels like forever, but I promise that I’m going to make up for it because today I glitter-fied my boots. Yep, that’s right. I’m going to be sharing how I made these boots way cooler than they were before!

I wore these boots in my last outfit blog post when they were still plain, and I always had the intention of doing something with them. I really could’t justify owning another pair of plain black boots (new game: figure out how many times I’ve mentioned my love for black boots in the 1.5 years of running this blog). I wasn’t sure if I was going to have someone paint on them for me, but I finally decided that I was just going to do something myself. I was worried that anything I might do to these shoes would mess them up, but glitter seemed pretty harmless. I did three easy steps…

This whole process took me about five-seven minutes. It’s seriously so easy, and my shoes look a lot cooler now that they’re glittery. I recommend that you do this outside, because I know glitter can be a bit annoying at times. It tends to go everywhere, so make sure you’re in an open space with newspaper underneath you. Do not put any sort of towel or rag underneath; if glue gets stuck to it (and it most likely will), you’ll have to throw it away.

The glue dries pretty quickly, but I recommend letting them sit for a few hours before you wear them. I wore mine only a few minutes after making them for these pictures, and I need to go back and touch up some areas. The great thing about the process is that it’s so easy. Touching your shoes up will only take a couple of minutes. 🙂

I’m going to leave links to the exact materials I used below. If you have any questions, don’t be afraid to leave a comment!

Here’s what I used:

one more post for @lucie_babyyy’s makeup 🦋
one more week until I’m back here! 🤳🏻
little outtakes from the Departure shoot! 🦋💘⭐️
so excited to share that I’ve collaborated with @shoplovehayley and styled one of their vintage Harley tees on Emily’s Edge! 🖤 link in bio to read more about this amazing shop and get some outfit inspo
happy days in my favorite place 🦋💗
20 years on earth with you 💗 missing my best friend extra today!